Are You an Entrepreneur? Here’s How You Can Stay Productive 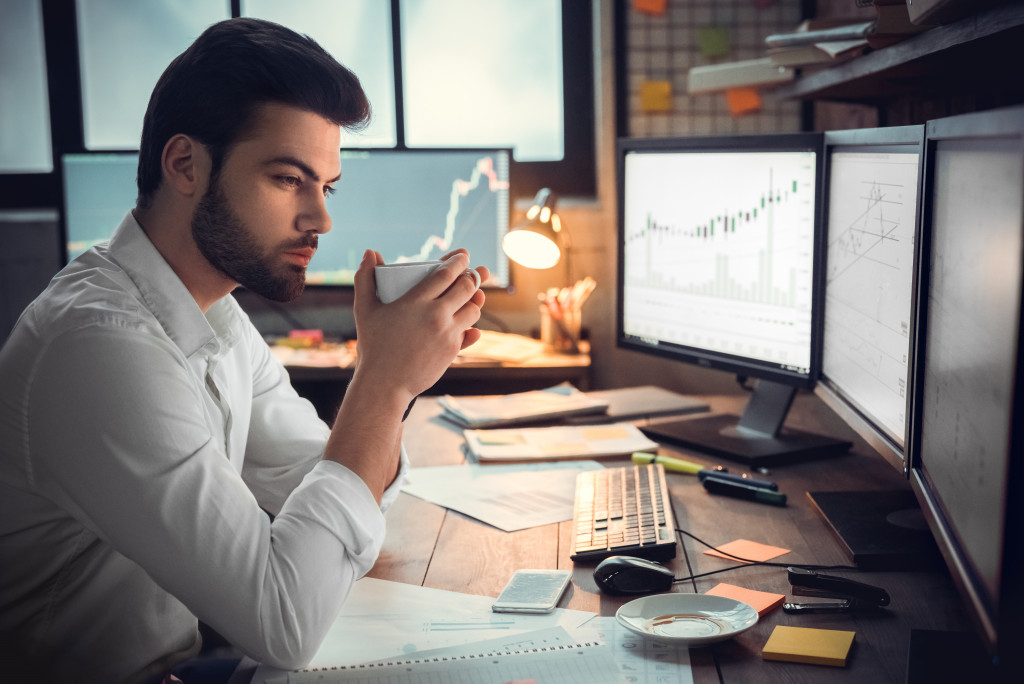 People admire Steve Jobs, Elon Musk, and other entrepreneurs for their achievements. We look to them for inspiration and often ask: What do they do that makes them successful? And most of the time, the answer to that is they’re efficient and productive.

Efficient and productive, two words that many business people and entrepreneurs want to be. In the simplest of terms, efficiency and productivity mean doing more with less time, less effort, fewer resources. It sounds contradictory on paper, but it’s achievable. Being focused and optimized enough that you’re very efficient with your workload is possible. That’s what we’re looking at today.

Below are some tips to make you more efficient and productive.

Zoning in is inevitable. But it’s hard when you’re zoned in and you’re jolted out of your concentration because of some other concern. Maybe your subordinates need you for something, or maybe an email is requesting something else.

Instead of letting yourself fall into distractions, harness your hyperfocus by dedicating time to it. Plan a “no disturbance” time that’s integrated into your schedule. It also helps if you’re very familiar with where and how you become productive. Perhaps you’re a loner and find it better to work away from people. Or you like a sporadic and intermittent schedule of work and taking breaks. Whatever it is, find the reason for your hyperfocus and learn to control it.

Productivity isn’t just about doing things faster. It’s removing what hassles you and makes your process longer. Identify what these are and remove them. Imagine an office with a broken AC and everyone’s suffering because of the heat. Unless you have your air conditioner fixed by a reliable AC company, you’ll have to work in the heat, and it takes a hit on your productivity.

Identify Distractors and Learn to Control Them

As mentioned in the last point, identify and remove them, but identify and control them this time. In the case of distractors, there are times when the distraction is a legitimate concern. Things like answering emails, writing down the next plan of action, or even working on something you came across that immediately needs fixing are distractors that derail you from achieving more work.

Once you’ve identified these distractors, learn to control them. Train yourself to write them down, ignore them until you’re finished with your current task, and address it later. This way, you’ll be able to continue with the current task but still accomplish the other ones.

Divide Tasks to Make Them Achievable

If you leave all your tasks in a mess of “to-do lists,” it can feel quite overwhelming or intimidating to go out and achieve them. Even if they’re already on a to-do list, seeing major tasks after major tasks can scare even the most productive people. A technique you can try is, instead of to-do lists of bigger nature, to break it apart.

Divide tasks into smaller tasks. For example, if your task is to “order a new PC,” your first step might be “search for the best PC for the office.” And then “search for best prices,” or “compare,” and finally “buy PC.” It’s simple but highly effective advice. Far too often, people underestimate breaking down what it is you need to do. That leads to the next point.

Do What Makes Your Work Easier

And most of the time, understanding the fundamentals of your work is what will make it easier. Breaking it down into smaller steps will make it a lot more manageable to accomplish. Creating a “skeleton structure” for how you perform your work will move the process faster.

Sometimes, all it takes is to sit down and look at how you accomplish your work. Writers often make bullet points to write concisely and prevent rambling. Teachers have a lesson plan to help them know what to teach their students next. These tasks are separate from the actual task, but they all make accomplishing the tasks much easier.

Entrepreneurs will always be looking for the newest way to be more productive. It’s part of their nature to always seek improvements. But remember that improvements often come from within, and most of the time, all it takes is looking at what you’re currently doing and improving upon it.